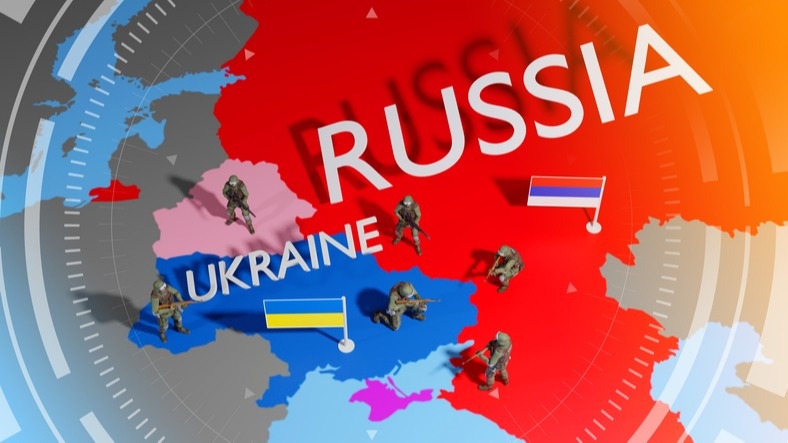 Russia, Rubles, and Rumblings of Ripples Roiling the World

Hopes of post-pandemic peace and prosperity were dashed on February 24th when Russian President Vladimir Putin ordered the invasion of Ukraine. While much has been theorized about the impact of the Russia-Ukraine war on global trade and supply chains, the ripples of the war, sanctions, and supply chain disruptions are just now starting to become clearer. These are likely to create considerable ripples within the broader market, including the oil, mining, technology, and agricultural sectors. As these reverberate around the world they may create considerable opportunities in their wake.

Russia is Closed for Business

30 years have passed since Russia opened up to foreign investment, but those doors and the golden opportunities they heralded are shut tight. At least for the foreseeable future. In the past month, numerous companies have voluntarily ceased operations, curtailed operations, or commenced actions to exit the Russian market altogether. Among these, many household names stand out:

More companies are likely to leave as Vladimir Putin and his ministers sharpen their rhetoric, take steps to nationalize foreign-owned businesses, and continue their pursuit of Putin's "special military operation" in Ukraine. Even if the headlines heralded peace or regime change in Moscow, the echoes of the past month will hang like a dark shadow over Russia's once bright future. There are no quick fixes to these predicaments and they will significantly slow economic activity within the country for years, and potentially decades.

Russia's vast oil reserves and bountiful mineral deposits give the country tremendous influence within the broader market. The exclusion of these from the marketplace due to sanctions, diminished production, tariffs, shipping difficulties, the plunge of the Ruble, etc. will likely cause commodity prices to rise until alternative sources can be secured. These exist, but it will take time for production to meet demand.

In 2021, Russian oil production amounted to just over 11 million barrels per day. This may decline by more than 30% in the coming weeks. Further, recognizing that funds from oil and gas deliveries are fueling Putin's war, nations throughout the EU are signaling they are prepared to close pipelines down to deprive Moscow of the financial resources it needs to pursue the war. Moreover, Putin is insisting "hostile" nations pay for Russian oil and gas deliveries in rubles; a condition most won't, or simply can't comply with.

These moves will likely drive oil and gas prices up as refineries struggle to locate and secure alternative supplies. Further, Saudi Arabia and the UAE are resisting calls to tap into oil reserves, and OPEC members have struggled to achieve production quotas due to supply chain problems, including difficulties securing spare parts and vessels for transporting crude oil. In the short term, prices are already rising. However, over the longer term, governments are likely to tap into reserves as oil and gas companies increase exploration of new fields to tap to fill the gap.

Nickel, titanium, platinum, palladium, aluminum, iron, chromium, gold, and cobalt are just a handful of the many minerals buried beneath Russian soil. Diminished production and diminished availability will likely cause the prices of consumer electronics, automobiles, airplanes, and satellites to rise, too. China and other nations may be able to fill these gaps. However, demand will likely exceed available supply in the near term until production can ramp up to the necessary rates.

But, There Is Hope Over the Horizon

Among gloomy headlines, there is hope and many a silver lining. While the US economy is not an island, it is strong, resilient, and capable of weathering this storm. Employment and business activity are likely to remain unchecked as entities shift course and pursue new opportunities created by the shifting market.

Supply chain shortages and increased material and shipping costs mean that new home construction will slow, causing real estate prices to continue their upward climb. In the tech sector, AI continues to grow by leaps and bounds. As Russian oil taps dry up, nation-states, businesses, and homeowners down the street are eagerly looking at green energy alternatives, including solar panels, wind turbines, hydroelectric dams, EVs, and more. And, within emerging markets, companies capable of filling commodity gaps in oil, gas, agriculture, etc. are coming into view.

As the saying goes, one door closes, and another opens. While the Russian bear devours its own market, investors can turn their attention towards the companies and suppliers coming forward to fill those gaps and increase their activities within the broader markets. While significant, the short-term ripples are likely to be strong enough to create numerous opportunities for investors who can look behind the headlines to see the silver linings as they come into focus.