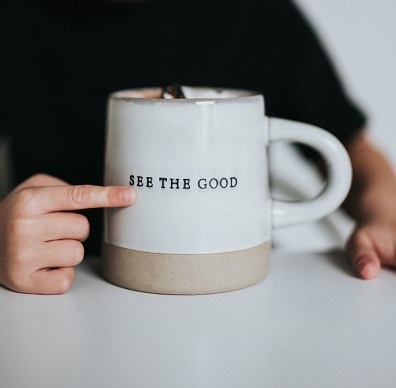 It’s Not All Bad in the Economy

Gloom and Doom. If you stick to the headlines, you may think that the only investment with a positive return is a retired and renovated bunker in Nebraska. However, if you look between the lines of spilled ink, you will see that there are plenty of silver linings that are more than just a little encouraging. While the economy faces some of the strongest challenges in decades, it is also proving to be more resilient than ever. Ultimately, investors can find plenty of opportunities by looking beyond discouraging headlines and towards the truths that simply don't sell as many newspaper subscriptions.

Inflation is the growing elephant in every boardroom and bedroom in America. Rising to a 40-year high of 9.1% as of June, the cost of housing, food, gasoline, raw materials, and more is putting considerable pressure on both corporate and household budgets. The Fed's efforts to raise interest rates by three-quarters of a percentage point is adding to the sting of inflation. Higher rates mean higher payments on mortgages, home equity loans, auto loans, and other borrowing. Ultimately, higher rates will cause demand to cool off and prices should begin to stabilize.

Then, there is the war in Ukraine. Sanctions on oil and raw materials from Russia and diminished production of agricultural products, steel, etc. from Ukraine are causing significant disruptions around the world. It means that families in Africa, Asia, and the Middle East can't find the grain they need to feed their families, and manufacturing facilities that employ thousands can't find the steel they need to produce everything from steel girders to pots and pans. And, the disruption to the flow of oil and natural gas from Russia means European governments are working at full speed to find ways of filling their storage tanks before winter sets in and the continent freezes over.

As of the end of July, unemployment remained at 3.6%, near a 50-year low, and total non-farm payrolls rose by 372,000 beating economist expectations. The unemployment rate is now almost as low as the levels in February 2020 and the start of the Covid-19 pandemic.

Further, it is still very much a "job seekers market" and workers in every sector have considerable negotiating power to obtain higher wages and more robust benefits packages. As of July, the average non-farm hourly earnings rate rose to just over $32.08; over the past year, it's up 5.1%.

Reading between the lines, professional and business services as well as leisure and hospitality are both showing strong gains which indicate that not only is the country going back to work and moving forward, but people are comfortable and confident enough in the stability of the economy to spend disposable income on vacations and leisure activities.

And, while inflation has chipped away at income growth, the average American consumer is in a much stronger financial position than in previous years. In fact, since March 2020, American households have raised personal savings levels to around $14.7 trillion; an increase from the $10.6 trillion available at the end of 2019. While it is true that the bottom 20% of wage earners have seen their incomes and savings hit hard by the pandemic, 80% of Americans have experienced a considerable boost in savings rates. This will help shield most consumers from rising inflation and will help American workers maintain the lifestyles they enjoy. And, while it will take time, rising tides do lift all boats and this will translate to more stable employment and higher incomes for lower-income households.

Perhaps the most important reason to remain positive is also the least talked about. One of the reasons that Americans are in a much stronger position now than following the 2008 housing crash is that Americans have learned valuable lessons and changed both their spending habits and the ways they manage their personal finances. At the end of the first quarter of 2021, credit card debt stood at $841 billion; $86 billion lower than the record-setting fourth quarter of 2019. When inflation is factored in, it's considerably lower than the record-setting highs reached during the peak of the 2008 recession.

Further, while Americans hold a record $15.84 trillion in household debt, the majority of this debt, roughly $11.18 trillion, is due to rising real estate prices and correspondingly higher mortgages. At the same time, spending on automobiles and other depreciating purchases is down. Americans aren't just spending their money; they are investing it in real estate and other assets that hold value and generate long-term wealth.

The past is the past, and tomorrow isn't guaranteed. That means that today is the best time to prepare for the brighter future you desire. Since the financial crisis of 2008, more and more Americans have grasped the importance of this philosophy. While there are causes for concern on the horizon (there always are), there is time to prepare your finances to meet the challenges ahead.